Veganism: An upcoming business: Does it make sense?

In my country, the food habits of the people can be divided into 3 major categories:

2.      Non-Vegetarian: Don’t let the name deceive you, these guys eat everything like egg, fish, meat, plant, and milk products.

3.      Eggetarian: This is not really a word in any dictionary, but this is what we call these people who eat primarily vegetarian food and occasionally eat eggs.

These days there is the rise of a new food habit called “Veganism” in India, which basically advises to rely only on plant-based foods and don’t eat any animal products, not even milk? The meaning of “Veganism” could be different in a global view, but this is what it means in India. 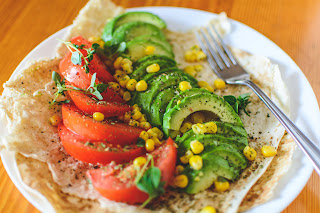 You must have heard the phrase “catch them young”? This was used by information technology companies in India, which meant start training school-going children on IT so that when they grow up they are ready for the industry. Similarly, those who want to peddle their own ideologies also are preaching it mostly to school children. Because their minds are delicate and they accept things easily if you have an impressive speaking style.

There are people whose videos I see on YouTube speaking in front of young school children and telling them that they must avoid consuming milk and milk products to save the cows and buffalos from a lot of torture.

Here is my response to them:

Person or entities like dairy farms that keep cattle and sell their milk could be doing injustice to the cattle and their calves, which should be taken cognizance of and such people should be penalized. They could be extracting more milk from the cows and buffalos, not leaving any for the calves. But in rural India many people, mostly farmers keep cattle at their homes and treat them like family members. Those in the Hindu religion mostly don’t even eat beef, so they don’t kill them for meat either. I don’t see any problem in consuming the milk of such domestic cattle. Not sure why these “veganism” spreaders in India are spreading rumors to not consume milk at all.

Now let’s see what would happen if we boycott all milk products. For this, let’s see what are the primary uses of cattle in Indian homes and dairy farms.

2.      Dung (Used as one of the best natural manures in the agricultural fields)

Now, as per the “veganism” folks if we boycott #1 and #3 above then of course no one is going to keep cattle just for #2 which is the dung. What it means to me that after several years the cattle could go extinct like the dinosaurs.

My advice to the veganism guys would be:

1.      Don’t just show one side of the story; show the entire scenario, not everyone is cruel.

2.      Don’t just tell about the problems, provide well thought out solutions too.

3.      What looks like truth to you may not be the same for another person, so don’t preach your thoughts to school children.

My thoughts for everyone:

1.      If you are a non-vegetarian, I understand you don’t have any grudge on the animals. You’re eating meat because you’re habituated, probably because you’ve been eating it since childhood. If someday you feel it's not good for you or it’s cruel for the animals, you may drop the habit. I don’t call it good or bad.

2.      If you’re a vegetarian and confused by the articles and videos of “veganism” preachers in India, then don’t worry. If possible make sure your milkman takes good care of his cattle.

Vegan is a movement to promote industry based food businesses, that's it. Watch fully the video given below to understand.

NOTE: The intention of this article is not to hurt or offend anyone. It’s just to say “don’t believe anyone’s words blindly, use your own brain and then draw a conclusion”.

June 14, 2021
Just try to search something about stock trading in Youtube and you’ll be bombarded with enormous number of videos teaching you how to make profits in the stock market. These days COVID19 is at its peak probably, people are suffering, Governments are trying their best to educate people and restore normalcy. However most importantly there is a fear of job loss in every working person’s mind almost. Some jobs have definitely been lost but new opportunities are also opening up, and it’ll certainly take more time for a complete normalcy to return. Probably this is why people are looking for a second income and hence exploring stock trading as an option. I have seen many people who were never interested in stock markets before COVID19, are now learning the same. There are thousands of videos in Youtube teaching stock market trading to common people. Some people have started stock trading during COVID19, maybe because they were really interested in it and the lockdown gave them a chance to e
Post a Comment
Read more