How Does The JIO Set Top Box (STB) Work? 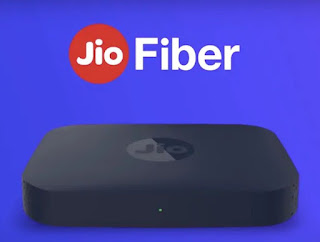 I’ve been asked this question numerous times by different people. JIO is still a new entrant in Fiber Broadband space hence not many people know about the details. Surprisingly, a few months ago when I got my JIOFiber installed, the technicians who came to my premises to install it, were not very knowledgeable about their product. Let me tell you my story here:

Where would somebody want to use a STB? Definitely with the TV, isn’t it? My TV is in my living room and my computer where I need the internet is in another room. So I got the JIOFiber cabling done to the room where I have my computer and they installed the JIO router there too. When the time came for installing the STB they asked me for the TV and I showed them the living room. Then they said that the STB must be connected to the router via LAN cable, hence it can’t be installed in the other room because that’ll require additional cabling/wiring. Having no solution in mind at that moment I agreed to their suggestion of installing the STB with my computer so that I can watch it on the computer monitor when I want. They installed, configured, tested, got the installation report signed by me, and left.

Being a technologist myself and having spent many years in my initial career doing similar stuff, I felt the itch to get my hands dirty in it. I spent almost half of the next day logging in to the JIO router and the STB and study its configuration. I realized that the STB is just like any other android based TV Box, it had the options to configure Wi-Fi and other things similar to that of an android phone. So I disconnected the LAN cable between the STB and the JIO router and then configured the Wi-Fi in the STB to connect to the JIO router via Wi-Fi. As I expected, it connected immediately and started working. That solved my problem; since the STB is now configured to connect to the JIO router over Wi-Fi, I just moved it to my living room and connected to my TV via HDMI cable. Then I powered on the TV and STB and it started working.

Then I thought of doing another test. At that time I had another broadband connection also that was connected to another Wi-Fi router. I tried to connect the STB to that Wi-Fi, it got connected too, but, the streaming apps in the STB didn’t work. So I understood that the software inside the STB is tweaked to work only with JIOFiber cable connection or Wi-Fi. So, to come back to the original question, no you don’t have to connect the STB with the JIO Fiber router only using a LAN cable, you can connect it via Wi-Fi to the JIO router also and it’ll definitely work.

June 15, 2021
In my country, the food habits of the people can be divided into 3 major categories: 1.       Vegetarian : Eat plant and milk products (No egg, fish, meat). 2.       Non-Vegetarian : Don’t let the name deceive you, these guys eat everything like egg, fish, meat, plant, and milk products. 3.       Eggetarian : This is not really a word in any dictionary, but this is what we call these people who eat primarily vegetarian food and occasionally eat eggs. These days there is the rise of a new food habit called “ Veganism ” in India, which basically advises to rely only on plant-based foods and don’t eat any animal products, not even milk? The meaning of “Veganism” could be different in a global view, but this is what it means in India. You must have heard the phrase “catch them young”? This was used by information technology companies in India, which meant start training school-going children on IT so that when they grow up they are ready for the industry. Similarly, those who want
Post a Comment
Read more

How are we bringing up our children

July 08, 2017
I don’t know who has written this message as it was shared by a friend. But it is true to the letter, hence sharing here: What kind of children are we creating??? A few weeks ago, I had attended a birthday party of my daughter’s friend. There they played a game, the age old ‘Passing the parcel’, however, what was different was the way it was played. The child who was caught with the parcel when the music stopped was asked to leave the circle, but with that parcel as the gift, and then a new parcel was introduced. The game continued till every child got a gift. I asked the mother what was wrong with the earlier version, the version we had all grown up with. She said – “I do not like kids to be disappointed. See, here every child is happy as he or she gets to take a gift home.” In another instance, I was in the park with my daughter. She was playing lock and key with her friends. Now, one of her friends fell down. Her mother, who was on the other side of the park ran to his son, all conf
Post a Comment
Read more