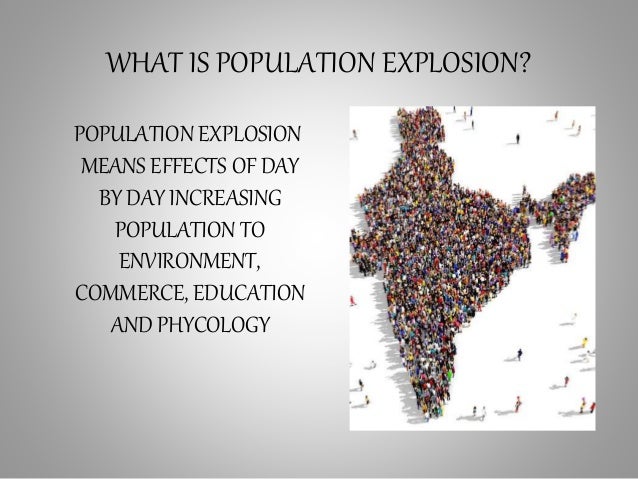 The huge and exploding population is the biggest problem of India, in my opinion. Let’s dig further into it.

If we ask people randomly, some will say education, some other will say politics, communication, health related facilities and so on; the list could be endless. I’m sure some will say population too.

Let’s talk about politics, political issues or non-performing politicians are found in every country. May be we come to know more about our political situation more because we live here and also the local media will show the local news more. Otherwise these issues do exist every where.

Few months ago, a friend of mine who leaves in Singapore for long time came here on official work. As usual we met and throughout our outing meet on that day he kept cribbing about the traffic here and how people cross the roads etc. He also kept making points about how the scene is exactly the opposite in Singapore. At last I couldn’t resist and had to tell him that if the Singapore government runs India, how long he thinks it would take to transform India to Singapore. Believe me, he’s an intelligent guy and he immediately understood what I meant and didn’t say a thing. Before comparing any country with another we must remember, the cultural differences, the population, fundamental issues people are struggling with etc.

When I say cultural difference, I mean the way we think. We think for just ourselves at all times, at least now a days. If we think about others, many problems will subside. Thinking about others doesn’t necessarily mean doing anything for anyone. If we just make sure that none of our actions cause any discomfort to anyone then that’s enough. If our mentality starts to change that way, then hopefully the political situation will also change; because we’ll have great politicians, all of them thinking about people. However, bringing this small change in the thought process of a gigantic population is anything but easy.

Now talking about problems in communication. It’s a basic requirement of a nation. But talk about any kind of communication present in India and that’s simply not enough. Now a days it’s next to impossible to get a confirmed ticket in trains, Why? Because of the huge population. No government can run enough trains to match the rate of population growth here. Even if some miracle happens and most of the people become rich and can afford a seat in a aeroplane, there won’t be enough flights to cater to the need. If I talk about electronic communication, no matter what G (2G/3G/4G) comes, the handsets become free, the bandwidth of the networks simply won’t be enough to accommodate such a population. I don’t think any other network in India can match that of BSNL in terms of coverage. Go to the Himalayas and probably you’ll get its signal at some places. Also recently we’ve heard that under the present government BSNL has started making profits. Fantastic, but we as consumers have seen no improvement in our ownership experience at all. Signal quality is still very poor, get inside a lift or cellar and BSNL signal goes off the first. No point in making BSNL packages cheap or even free if they are not usable. Reason? Again our population and step mother treatment by the leadership. BSNL network was designed with much much smaller population in mind and it was never upgraded to match the current behemoth.

Another important thing in everyone’s lives is health. Our healthcare infrastructure is never enough for the gigantic population that we are. Then private healthcare organizations keep coming up like mushrooms in the rainy season, to exploit the situation. Then they do everything to spoil the standard of the government healthcare system and then just keep making fortunes for themselves.

Now talking about solution to the situation, I believe some stringent law regarding population control has to be first put in place. No matter who you are, if you’re living in India, you can’t have more than 2 children. The law must then be enforced as stringently. That will curb the population explosion and then probably things will start falling into place. However no immediate change in situation can be expected.

Secondly, the education system must be completely revamped. Like the Gurukul system in olden days, schools must teach life skills. So that the children who come out from the school should be able to make a living and lead a normal life even if they couldn’t become doctors, engineers or scientists. They must also be taught ethics, like I said in one of the paragraphs above. Don’t help anyone if you don’t want to, but at least make sure that none of your actions trouble anyone else.

Thirdly, the government must find out ways to leverage the huge population  as a resource, in a mutually beneficial way; irrespective of the educational qualifications of the people.

I strongly believe once these things are implemented in our country and followed religiously, the situations will definitely start to improve. Other issues related to infrastructure, communication, healthcare and others will gradually start falling in place.

Some nice pages that you can refer for more on this topic are given below:

Friends, I spoke out whatever I had in mind. I believe they are correct, but as usual being correct is a very relative thing. what’s right for me may not be the same for another person. I understand that. Hence please leave your comments and your thoughts on this.

Kindly refer to the About Me page at http://anindrasblog.com/about-me

Nipah Virus: How to stay safe from it